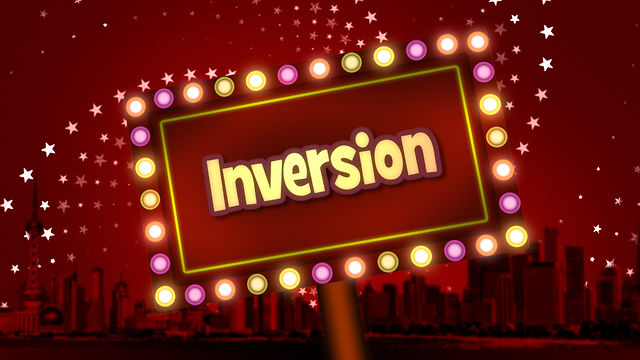 3. Đảo ngữ với ONLY
Only oneonly later
only in this way
only in that way
only then + auxiliary+ S+ V
only after+ Nonly by V_ing/ N
only when+ clauseonly with+ N
only if+ clauseonly in adv of time/ place
Eg: Only one did i meet her
Only after all gest had gone home could we relax
Only when I understand her did I like her
Only by practising E every day can you speak it fluently

4. Đảo ngữ với các cụm từ có No
At no time
On no condition
On no account + auxiliary+ S+ N
Under/ in no circumstances
For no searsonIn no way
No longer
For no reason whall you play traunt
The money is not tobe paid under any circumstances
= Under no circumsstances is the money tobe paid
On no condition shall we accept their proposal

5. No sooner………. than…..Hardly/ Bearly/ Scarely…….. When/ before
No sooner had I arrived home than the telephone rang
Hardly had she put up hẻ umbrella before the rain becam down in torrents

6. Đảo ngữ với Not only……. but……also…..
Not only + auxiliary + S + V but…. also………
Not only is he good at E but he also draw very well
Not only does he sing well but he also plays musical instruments perfectly

7. Đảo ngữ với SO
So+ adj/ adv + auxiliary + S+V+ that clause
So dark is it that I can’t writeSo busy am I that I don’t have time to look after myself
So difficult was the exam that few student pass it
So attractive is she that many boys run after her

8. So+ adjective+ be+ N+ clause
So intelligent is that she can answer all questions in the interview

10. Đảo ngữ với No where+ Au+ S+V
No where in the VN is the cenery as beautiful as that in my country
No where do I feel as comfortable as I do at home
No where can you buy the goods as good as those in my country

11. Đảo ngữ với câu điều kiện
a, Câu đk loại 1: If clause = should+S+V
Should she come late she wil miss the train
should he lend me some money I will buy that houseb,
b, Câu đk loại 2:If clause= Were S +to V/ Were+S
If I were you I would work harder
=Were I you……..
If I knew her I would invite her to the party
= Were I to know her……..
c, Câu đk loại 3 : If clause = Had+S+PII
If my parents hadn’t encouraged me, I would have taken pass exam
= Had my parents not encouraged me………..

About the Author: admin